The Lukeion Project was the brain child of Regan and Amy Barr, two Classical archaeologists who have traveled extensively and excavated at Classical sites in Jordan, Greece and Turkey. After hurricane Katrina forced a job change in 2005, the Barrs combined their years of education in Latin, Greek, history, Classical literature and archaeology with their skills in online training and graphic design. As home educators of three, they recognized the real need for accessible, challenging Classical education. Current technology provides them live online classrooms and everything else they need to deliver high quality, challenging instruction to everyone with interest and a broad band internet connection.

​Known as Mr. Barr to his students, Regan is an archaeologist, educator, home school dad, and co-founder of The Lukeion Project. Regan began his education with a B.A. in Christian Ministries before heading to Cincinnati Christian University, where he received his M.Div. in New Testament and minored in Ancient Near Eastern studies. His parents’ graduation gift of a trip to Greece, Jordan and Israel ignited his love for the ancient world, which still drives The Lukeion Project today. Regan spent the next 10 summers traveling and excavating in the Mediterranean and Europe while pursuing an M.A. and Ph.D. in Classical Archaeology at the University of Cincinnati. He’s excavated at the Decapolis city of Abila in Jordan, the Bronze Age Mycenaean citadel of Midea in Greece, and the venerable site of Homer’s Troy in Turkey.

His publication of the Greek and Hellenistic oil lamps from Troy was the first formal publication on this topic in over a century of excavation at the site.
Regan and his wife, Amy, live near Nashville, TN, where they home school their son (their eldest two have now graduated).
Degrees Teaching Publications
"Which Greek Should You Study?" The Greenhouse Report, May/June 2012 vol. 30 #5
“Greek and Hellenistic Lamps from Ilion,” Studia Troica, Band 6 (1996) pp. 159-200.
The Biblical Archaeology Series from SchoolhouseTeachers.com

Known by her students as Mrs. Barr, Amy is an archaeologist, educator, home school mom, and co-founder of The Lukeion Project. During the summer between her freshman and sophomore years at Cincinnati Christian University she excavated at the Decapolis city of Abila in Jordan, but returned to find that her degree program in Ancient Near Eastern Studies had been canceled. She transferred to Miami University (Oxford, OH) to complete a B.A. in Classics and received her M.A. in Latin from The Ohio State University, where she was the head teaching assistant for a Mythology class of over 900 students. She returned to Miami University to begin her doctoral work in Ancient History, but soon transferred to the University of Cincinnati to pursue a Ph.D. in Classical Archaeology.
In addition to her work at Abila, where she contributed to excavation reports, she has also excavated at the Mycenaean citadel of Midea in Greece and the venerable site of Homer’s Troy in Turkey. Her publication of “Horse and Rider Plaques” from the sanctuary at Troy linked this unique votive art form to the hero cult that grew in popularity after the campaigns of Alexander the Great and the founding of the Hellenistic monarchies. Amy Barr was a writer as The Classical Homeschooler with The Old Schoolhouse for several years.
Before co-founding The Lukeion Project in 2005, Amy Barr's teaching experience included Miami University, The Ohio State University, the University of Cincinnati, and the Institute for Learning in Retirement. Amy and her husband, Regan, now live in Tennessee with a herd of goats and a flock of chickens. They educated all three of their children.
Degrees Teaching Publications 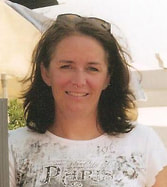 Known by her students as Mrs. Fisher or Doc Fisher, Sue is an archaeologist, educator, and homeschool mom of one son, while one son has already graduated. Sue’s love of Ancient Greece actually began in a 9th grade honor’s English class with the reading of Mary Renault’s The King Must Die. Sue started pursuing her goal of becoming an archaeologist at Franklin and Marshall College where she earned a B.A. in Greek, with a minor in anthropology.
Sue spent her junior year at College Year in Athens where she traveled extensively throughout Greece and studied Ancient Greek, Modern Greek, Greek Art and Archaeology and Greek Anthropology all in their original settings. During this year she also worked in the Athenian Agora inventorying and cataloguing ancient architecture and sculpture.
Sue began her graduate work in Bronze Age archaeology, excavating at the Mycenaean citadel of Midea, where she recovered the first Linear B ever found at the site. After receiving her M.A., however, Sue transferred to Classical Archaeology for her Ph.D. because she missed being able to use Ancient Greek language in her research. Ancient language was never far away, however, for while at the University of Cincinnati Sue taught Greek, Latin and Classical Civilization. While working at Midea, Sue prepared excavation reports, sorted lots of Bronze Age pottery and catalogued and published the Mycenaean pictorial pottery from the Lower Terraces at the citadel.
Sue also spent a few summers excavating at the site of Homer’s Troy in Turkey. Here she excavated and helped establish the pottery sequence and cultural profile of the Archaic period at the site. Both her work on the Mycenaean pictorial pottery and the Archaic finewares of Troy were presented to the Archaeological Institute of America at their annual meetings. Sue has also presented before the Central Ohio Valley Archaeological Society, the Institute for Learning in Retirement and various schools around the Cincinnati area, where she lives with her husband, two sons and two psychotic cats.
Degrees:Teaching:Professional Publications

Randee Baty has always been a lover of books and literature. After earning a degree in accounting and working in that field for several years, she decided to stay home and become a homeschool mom. After 16 years of being home with the kids, the last one left for college and she decided it was time to pursue her first love. She entered the graduate literature program at Pittsburg State University, earning her Master’s degree and loving every minute of it.

Dr. Michael Haggard has been a pastor and missionary for over 30 years. He is a native of Oklahoma. An alumnus of Ozark Christian College, graduating in 1987, he served his internship as a missionary in Tamal Nadu, India; pastored churches in Oklahoma, Iowa, Missouri, and Arizona, serving as missionary for a decade on the Navajo Reservation. While serving as a missionary and university guest-lecturer in Taiwan for 12 years, he pastored several church plants in southern Taiwan that he and his wife either started or nurtured, and discipled pastors and church leaders in long established Taiwanese churches. For three years at the end of his stay in Taiwan, Michael pastored at Bilingual Community Church & Kaohsiung International Church, prompting and assisting them to merge into one Church body. He served at BCC/KIC as Scholar-Pastor on a multi-pastor team of a church that had thousands of regular attendees representing over a dozen nations within the majority Taiwanese/American core. Besides preaching, the church hosted seminary level classes for free where Michael was one of several lecturers helping Taiwanese christians find their ministry calling. He focused on apologetics, theology, philosophy, the heresy of the property gospel in Taiwan, and helping believers examine the tension between Calvinism and Arminianism, advancing Molinism as a more viable option for Theology in the Taiwanese context. His work on contextualizing Chinese wisdom literature and philosophy into the Gospel presentation without losing the supremacy of Christ, was instrumental in many conversions and helped many Taiwan christians to break the chains of bondage to their pantheistic culture. This teaching at BCC/KIC was all bilingual and required special communication strategies to bring difficult and nuanced ideas into multiple languages and cultural world-views. He now lives with his wife of 28 years, Sandy, in Kansas and pastors at Erie First Christian Church. He is currently working on a systematic theology that addresses the rise in post-humanism and serves as a Christian response to the belief in “the technological singularity.”